Home > News > Security Can Be Found in an Insecure World

Finding a true sense of security can be hard.

Thousands upon thousands of women are the victims of crime. Those crimes include sexual assault, and murder every year in the United States.

Women can be mighty and strong. We can also be the targets of violence and ill-will.

More than 1 in 5 women in the United States experience a mental health condition, such as depression or anxiety.

Now add natural disasters, world catastrophes, and a whole lot of uncertainty, to the mix.

You may end up fearing that pursuing real happiness is a risk not worth taking.

It may feel like true security is but a dream.

Helplessness on the other hand can feel downright miserable.

Helplessness makes you feel that despite the strides you’re making, there’s something waiting in the wings to snatch it all away and there’s nothing you can do about it.

Maybe some hacker is ready to steal your identity and money just as you’re getting your business going.

Perhaps some attacker is ready to snatch your purse on your way to an event that you were excited about.

Maybe it’s some natural disaster ready to wipe away everything you’ve come to build and love.

You think about that, and the anxiety sets in. The lack of security is frightening

That fear is a part of you.

The thing is, you can control that fear, because believe it or not, you’re totally capable of being in full control of yourself.

Use That Fear to Gain Security (For YOU)

It’s possible to use that fear for good. To make it so that you prepare yourself for that figurative boogeyman that threatens your happiness, peace of mind, or physical safety.

It’s possible to feel a lot more secure in an insecure world.

It doesn’t mean you’ll suddenly be invincible. No one is invincible, and nothing is completely certain.

But you can feel certain that you did everything in YOUR power to equip yourself with as much as you possibly could to defend your journey to joy.

I made a big move years ago across the country away from my family and friends to pursue my passion of storytelling and writing. I’ve been focused on that ever since, building and striving towards greater heights and deeper joys.

I’ve learned though that society doesn’t always care about the plans you have. People don’t always play by the rules of live and let live, and I’ve had to tackle some tough obstacles in order to stay on my path.

It’s not easy, but I believe in my journey enough to fight like hell for it.

Your passions and joys are worth fighting for and protecting.

Doing research and writing for some years now as a journalist has shown me that reality can be scarier than fiction.

I’m inspired by the Final Girls in horror stories who somehow manage to persevere despite the monsters coming their way, hence the name for this space.

The Spanish writer Miguel de Cervantes once said, “To be prepared is half the victory.”

Let’s get halfway to victory, so you can get all the way to winning at your goals and self realization. 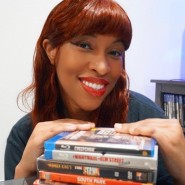